VCR OSD Mono came into existence in 2014. Its creator’s name is Riciery Santos Leal.  It is a display type font. PC, Linux, iOS, Mac and Android supports this font. It has currently 1 style but it does have some alternatives and combinations.

This font is a TrueType Typeface and has an appealing look. It is a Sans-Serif Font. It has 82 characters in total. Its lettering mostly attracts gamers because of its ridged look of old video games text.

This font is popular among graphic designers and game developers also. Many posters we see of games or gaming tournaments use this font and it does give it a good look.

Use of VCR OSD Mono Font

VCR OSD Mono is choice of millions of users. Many Graphic designers use it to make gaming posters, retro themed designs and sometimes Logos also. Because of it being free, many game developers use it in their newly developed phone games because of its cool old games type look.

Many designers have this font in their library and they use it with its other alternatives and combinations to make amazing animations and gifs also. The world-famous game Minecraft’s typeface also resembles VCR OSD Font. Pixellori is a very close enough alternative of it.

VCR OSD Mono’s License is free. User can use it for any purpose he desires. It is better to read license agreement first. 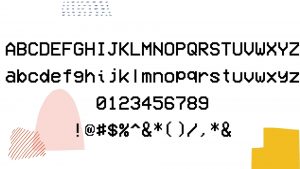 If you want to download this cool font then you can press the download now button below and there you go.

What is VCR OSD Mono Font?

This font is a creation of Riciery Santos Leal and it is a Sans-Serif Typeface. It has 82 Characters. PC, Linux, iOS, Mac and Android supports this font.

Which font is Similar to VCR OSD Font?

Pixellori is almost similar to this font and you can use it by combining both fonts as well to make all kinds of designs.

The main reason behind its popularity is that its theme is old video games text and the text we see on VCRs. The famous game Minecraft also use similar font.

Yes, this font’t license is totally free and user can use it for anything he desires without limitations. It is better to read the license agreement first.

Can I use VCR OSD Mono Font in Adobe Applications?

Yes, you can use this Font in all Adobe Applications after installing it manually. It is not available in it by default. You will have to download it first.